Your Guide and Mentor


Build Your Practice as an Author, Speaker, Thought Leader​

Become a great public speaker.  Accelerate your marketing and business strategy.
Polish your stage skills to a brilliant gloss.

I provide shortcuts, hand-holding, and accountability that will cut years off your learning curve.

From microphones to lighting to video, you'll master the technical side that makes you look and sound professional, on stage and online.

Access a lifetime of experience as a professional speaker, best-selling author, and Certified Executive Coach.  Together, we collaborate to achieve the personal and professional goals you set. 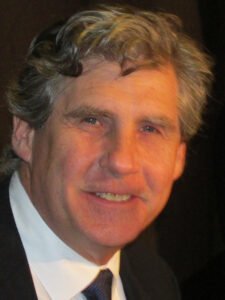 A 40-year veteran of the platform, Orvel Ray has presented thousands of keynotes, seminars and training programs in more than 1,000 cities, across 47 countries, on every continent except Antarctica.

In 1997, he earned the highest level of certification recognized globally by the speaking industry, the Certified Speaking Professional (CSP), and in 2001 was honored as “Speaker of the Year” by Meeting Professionals International.

In 1986, he was a founding member of the Colorado Chapter of the National Speakers Association, served as President in 1989, and served two more years on its board of directors.

Certified for Your Success 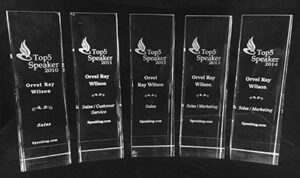 Write a Book That Sells YOU

Most authors hustle to sell their book. I'll help you write a book designed to sell YOU, for high-dollar speaking, consulting and coaching engagements. We'll follow "The Best-Seller Blueprint," a  proven structure from interior design to cover art, that will make you The Obvious Expert in your field.

Learn how to apply Advanced Acting and Storytelling Skills on stage.  Unlock the secrets of The Hero's Journey and a simple formula for writing humor. We'll punch up your speeches, seminars, and workshops with titles that sell, and content that keeps clients coming back for more.

A PR firm In D.C. doubled its business. A Detroit attorney added $1M to his practice.  And an ex-Google-employee is now an international authority in her field. Join Orvel Ray's long list of successful clients.

If you're serious about building your practice as an author, speaker or professional expert, set up a complimentary ZOOM meeting and begin building your future.

Helping you discover, develop, and deliver your unique message to the world.